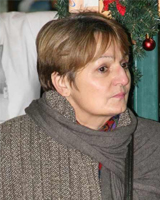 2012 –  School of Mathematics “Gauss” Subotica, professor of mathematics, head of the School.

Specialist in work with students talented in mathematics

Experience in projects and management:

During the term at the Mayor’s office in Subotica, Kiselički was working on setting the modalities of financing investments in and maintenance of educational institutions for preschool, elementary and secondary education. She was also working on the provisions of the rules and agreements with unionized teachers for reimbursement of travel expenses of employees. These regulations have been verified as legally established in court proceedings initiated by the unions themselves.